Our Vision…To increase membership in the Chicago Iowa Club to include all Iowa Hawkeye graduates, students, family members and fans across the widely diverse population of the greater Chicago area and promoting both the Iowa Center of Advancement and the University of Iowa to potential students in the Chicagoland area. The Club endeavors to reach these goals through sponsoring local game watch events, providing volunteer opportunities, and organizing fundraising efforts, the proceeds of which to be used to provide scholarships to local students who have chosen to matriculate at the University of Iowa.

Kate grew up in Des Moines, IA. She earned a B.A. in Journalism and Communication Studies and a certificate in Fundraising and Philanthropy from the University of Iowa in 2015. Over the last 5 years, Kate has held higher education roles with University of Iowa and in Chicago has worked in the tech startup field. She has extensive experience in a events, recruiting, and strategic planning.When she is not working towards engaging Hawkeyes in the Chicagoland area, she can be found frequenting the restaurant scene, exploring new neighborhoods of Chicago on long walks, reading, or volunteering in the community with Junior League of Chicago. 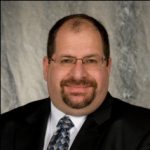 Jeff earned a bachelor’s degree from the University of Iowa and returned for his Masters in Business Administration in 1994. Over the last 20 years, he has held technology leadership roles for companies in a variety of industries. Jeff specializes in technology strategy, business transformation, global IT operations, mergers & acquisitions, and business continuity planning. He was the founder of the Iowa MBA Alumni Network, mentors Tippie college students and alumni, and served on the Tippie School of Management Advisory Council (SoMAC). Jeff lives in the western Chicago suburbs with his wife and two daughters, the eldest of whom is a 2020 University of Iowa graduate. 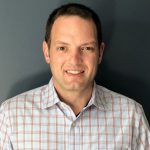 Matt grew up in Palatine, IL a suburb approximately 35 miles NW of Chicago. He graduated with a B.S. in Civil Engineering from Iowa in 2003. While in school he worked full time as a Kitchen Supervisor at the Sheraton in Iowa City. Upon graduation, Matt moved back to Palatine for a couple of months before relocating to Athens, Georgia for a couple of years. He lived about 1.5 miles from the University of Georgia and was working for the Georgia Department of Transportation. He returned to the Chicago Suburbs in 2006, and then moved into Roscoe Village neighborhood of Chicago. In November of 2015, Matt moved up to Hawthorn Woods, IL and has been there since. He is currently a Managing Partner for Rausch Infrastructure, which has a presence in the Heavy Highway Industry with their main focus on Bridge and Foundation Construction, Pump Stations, and Marine Construction. Matt is currently a season ticket holder for Hawkeye Football. His wife Ashley (BS RN UIowa) and him have two kids.

Zoran earned his Bachelor of Science in Engineering from the University of Iowa in 2002.  After a brief career as an engineer, Zoran attended Chicago-Kent College of Law and earned his Juris Doctorate in 2006.  His current practice, and the majority of his legal career, includes the defense of civil litigation and workers’ compensation cases.  His devotion to the Hawkeyes has included annual trips to Iowa City and other cities to cheer on the Hawkeyes. 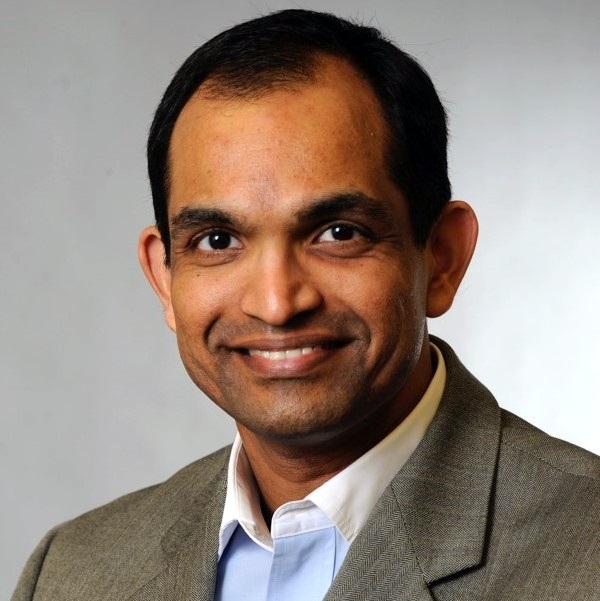 Shree earned his MBA degree from the University of Iowa in 2008. He grew up in India and came to the United States for the first time in 2006 to attend the full-time MBA program at Iowa. after completing the MBA, Shree also earned his CPA, CFA and FRM designations while he was working for Aegon Asset Management in Cedar Rapids, IA. In 2013, he relocated to Muscatine, IA to join the finance team at Allsteel. During this entire time he was actively engaged with the University. He worked closely with the MBA program engaging teams of MBA students to carry out special consulting projects for Aegon and Allsteel. Between 2014 and 2018, he also served on the Finance Advisory Council for Tippie. He moved to Chicago in 2015 and currently works as Vice President of Finance for a decorated merchandising company in Chicago. He serves on the Global Advisory Board of the CFO Alliance and the Advisory Board of First Norther Credit Union. He regularly volunteers for the Chicago Chapter of the CFA Institute, Junior Achievement and Chicago Run. 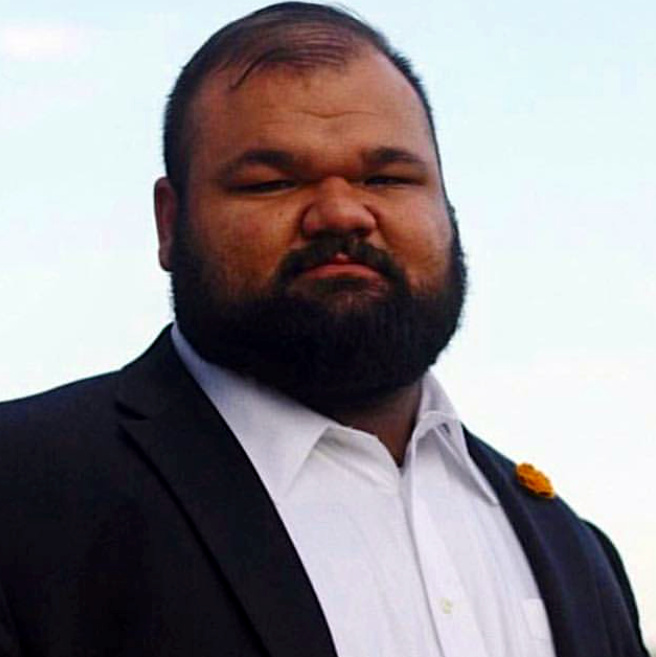 Matt graduated from the University of Iowa in 2015 with a BS in Sports and Business Management and a Certificate in Entrepreneurial management from the Tippie College of Business.  While attending the University of Iowa Matt served his country and the state of Iowa in logistics as an 88M in the Iowa Army National Guard.  He was part of the 1133rd Det. 1 out the Armory in Iowa City.  He also assisted as a student manager with the Iowa Hawkeyes Women’s Softball team where he part of the support staff for the coach and team.  Matt is now an Account Executive for the Windy City Bulls, the G-League affiliated team of the Chicago Bulls, where he works with various companies and individuals on partnerships, group outings, and season ticket packages.  When Matt is not working or out at local networking events, he enjoys in his free time by going out to sporting events in Chicago,  as a diehard Cubs, Bears, and Bulls fan, when he is not at Kinnick cheering on the Hawkeyes! 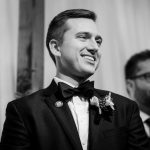 Bryce was born a Hawkeye and raised in the north central Iowa town of Fort Dodge. He graduated from Iowa in 2009 with degrees in Journalism and Political Science. While an undergraduate, he was a four-year member of UI Student Government and active in Club Tennis and Club Rowing. Bryce earned a full scholarship to the Iowa College of Law and graduated in 2012. While in law school, Bryce served as a founding member of the revamped Hawks Nest student section, as well as it’s director of fundraising and executive director of Hawkapalooza. Bryce landed in Chicago in 2013, serving as a prosecutor for the City of Chicago, and later a private defense attorney, before joining Illinois’ Office of Executive Inspector General as an assistant inspector general. He and his wife Johnna live in Logan Square. In Bryce’s free time he enjoys checking out craft breweries and new restaurants with his wife. And, of course, he is a die hard Hawkeye fan.

Javy grew up in Northlake, IL. He is a first-generation college student that earned his B.A. in Sport and Recreation Management in 2015 from the University of Iowa. While at Iowa, Javy was a member of Dance Marathon, Center of Diversity and Enrichment, and the Iowa Spirit Squad as Herky the Hawkeye. Javy graduated from Iowa again with his M.A. in Strategic Communication in 2019. He also worked at the University of Iowa Center for Advancement for 3 years before moving to Chicago where he currently works at Northwestern University. 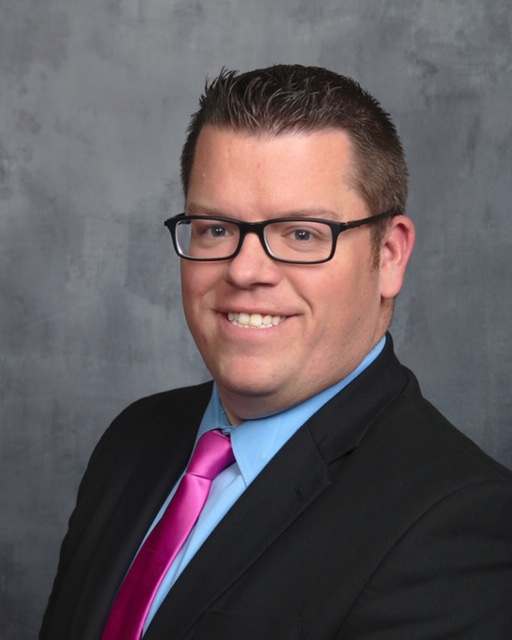 Michael was born and raised a Hawkeye in the small town of Waukon in northeast Iowa. He always knew that the University of Iowa would be the school he would call his home as that is the only school he applied to.  While at Iowa he earned his BBA in Management and Organizations and a Certificate in Entrepreneurship. He also added to his college life by being a cheerleader for the University of Iowa for his entire college career, earning the status of captain his final year.  Michael currently is a Business Relationship Manager for Chase Bank in the southwest suburbs. In his free time he is a competitive cheerleading coach for Reign Athletics in Orland Park and of course always cheering on the Hawks!!

Dylan grew up in the northern suburbs of Chicago where he played hockey at Loyola Academy. From there he made the best decision of his life to attend the University of Iowa graduating in 2015 with an economics degree. He is currently working at Merrill Lynch designing financial plans for families all over the country. When he is not in the office you can find him golfing, volunteering, or enjoying the plethora of fine food the beautiful city of Chicago has to offer. 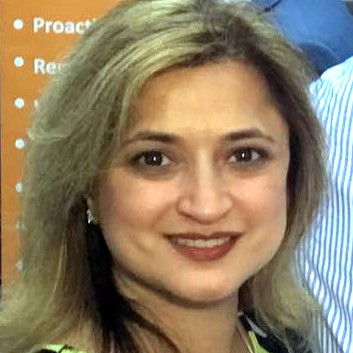 Esra grew up in Cedar Falls, IA, knowing she was going to be a Hawkeye. While at Iowa, she was a member of the UNA-USA Student Organization. Esra moved to Chicago in 2001, and works in business development and account management for recruiting services companies, with a focus on IT, Creative and Marketing, and Salesforce. She loves meeting new people. When she is not out networking, Esra enjoys spending time with her husband at sporting events, concerts, and entertaining family and friends. 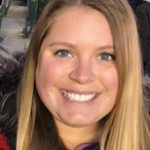 Kierstin landed at Iowa after only one visit and it didn’t take long for her to become obsessed with all things Hawkeye. Following graduation, she moved to Chicago and attended John Marshall Law School. Kierstin is now an attorney with the Law Office of the Cook County Public Defender. In her free time, she loves to attend sporting events, travel, and hang out at home with her cat Sharky; however, her favorite activity is rooting for Hawkeye football!